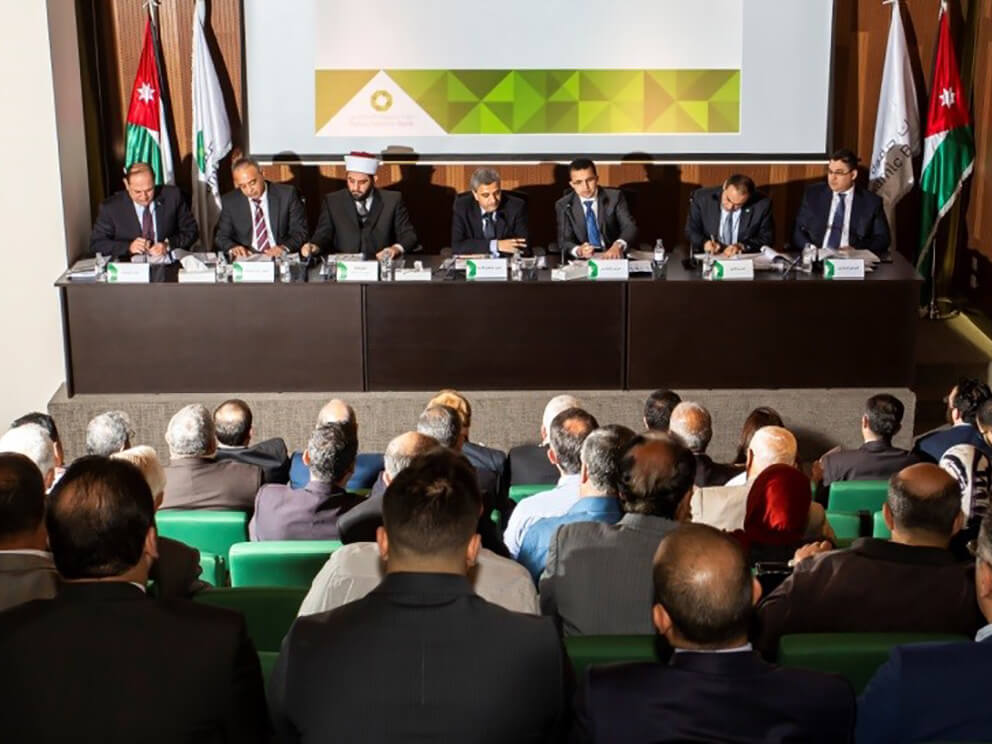 This year’s AGM included a review and discussion of the report about the Bank’s operations in 2018, the report of the Sharia’ Supervisory Board, the report of the Auditor, the general budget, and the final calculations; all reviewed and approved by the General Assembly. Furthermore, Deloitte and Touche was appointed as the auditors for the next financial year 2019, as well as approving the financial results for 2018. The work of the Board of Directors for the period ending 31/12/2018 was discharged in accordance with the provisions of the law.

Moreover, the AGM included the voting for His Excellency Mr. Salem Burqan as the new independent member of the Board of Directors after approving the resignation of Mr. Haytham Qamhieh.

The Bank’s Chairman, H.E. Dr. Mohammed Abu Hammour declared that the Bank has achieved a positive steady growth with a ratio of 23% in the total income to reach JD 37 million. The bank achieved an increasing net profit of 46% which made JD 8.4 million. The total assets increased by a ratio of 17% and clients’ accounts increased by a ratio of 20%. The finance ratio increase by 15%. JDIB has also maintained a high capital adequacy ratio in the Jordanian Banking Sector reaching 26%, and a low ratio of around 2.3% for the non-performing debts.

The General Assembly has also decided to approve the recommendation of the Board of Directors of distributing JD 7 million cash profits to stakeholders which is 7% of the bank’s capital.