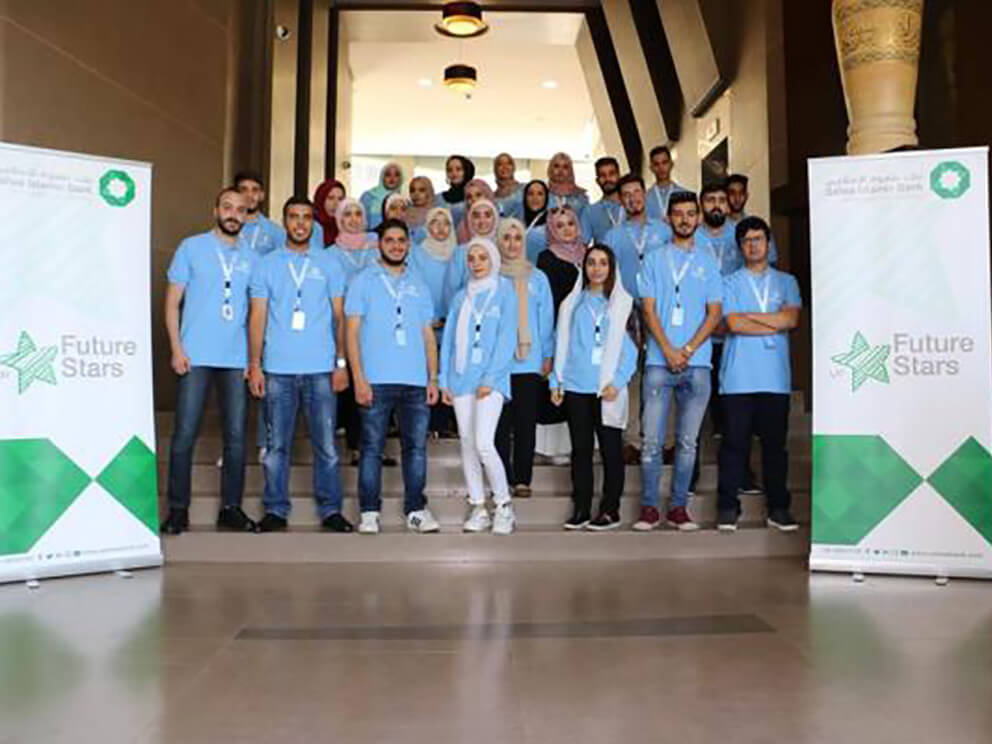 Found on the vision of His Majesty King Abdullah on sustainable development, economic growth, and social welfare – which are at the top of his priorities – and formed on the bank’s strategy to enhance its role in the development of the local community, Safwa Islamic Bank launched Future Stars, a Summer Employment Program aimed to provide opportunities to university students in Jordan to develop and sharpen their skills through practical training.

With the help of the campaign which was launched on various social media platforms, along with advertisements in official newspapers in the beginning of July, the bank received a large number of applicants who were later interviewed for the program. The campaign resulted in the selection of a group of distinguished students who through the program, will learn the e-services the bank provides to their customers and keep track of the bank’s thirty-four branches distributed across the Kingdom.

These young individuals will play a vital role through the application of their knowledge and skills to educate customers on various e-banking operations in all our branches. As a result of this, we are able to motivate the youth to support the local market, benefit the community, and enhance the role of youth to drive sustainable economic development.

It is worth mentioning that the launch of this first of its kind training program is the first step in a comprehensive program currently being worked on for school students to help raise their awareness of financial culture and create real opportunities, especially for those coming from the different governorates of Jordan.